Silence lay steadily against the wood and stone of Hill House, and whatever walked there, walked alone.

Spooky season is here–time to curl up with a scary story while the wind howls outside and the neighborhood goblins roam the streets. Need some ideas for what to read this All Hallow’s Eve? Here are 13 stories old & new that are guaranteed to send a shiver up your spine.

I love a good scary story. Not Stephen King scary, more like Shirley Jackson scary. Stephen King’s stories jump out at you and shriek in your face. Shirley Jackson’s stories creep up behind you and run a cold finger down your spine. In honor of Halloween, I’ve compiled a list of some of my favorite spooky reads. You won’t find much blood & gore in these books, but there are frights aplenty.

All these, however, were mere terrors of the night, phantoms of the mind that walk in darkness; and though he had seen many spectres in his time, and been more than once beset by Satan in divers shapes, in his lonely preambulations, yet daylight put an end to all these evils.

People, it seems, have always enjoyed being frightened, especially if they could do it while safely curled up at home under the blankets. These classic tales have stood the test of time and still pack a spooky punch. 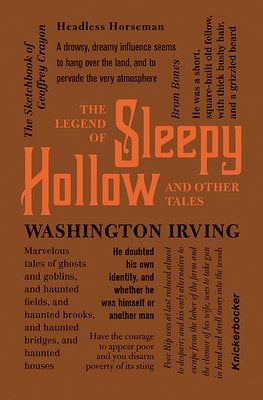 #1 The Legend of Sleepy Hollow

The Legend of Sleepy Hollow by Washington Irving is probably my all-time favorite Halloween story. I read it at least once a year, preferably as the leaves start to turn. Irving was a master of creating a sense of place, and his descriptions of the misty environs of Sleepy Hollow and the warm glow of Baltus Van Tassel’s hearth make me wish I could step right into the story. As long as I could avoid the horseman, of course. 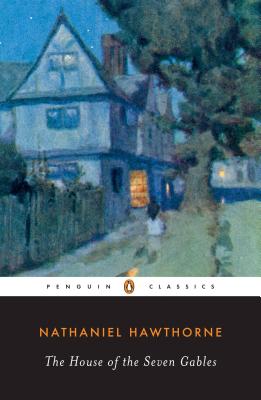 #2 The House of the Seven Gables

The House of the Seven Gables was Nathaniel Hawthorne’s followup to The Scarlet Letter (another favorite of mine). With themes of guilt and retribution and a strong undercurrent of witchcraft and the supernatural, The House of the Seven Gables is a perfect read for a chilly October night. (Also check out the short story “Young Goodman Brown,” another spooky tale that’s perfect for Halloween.) 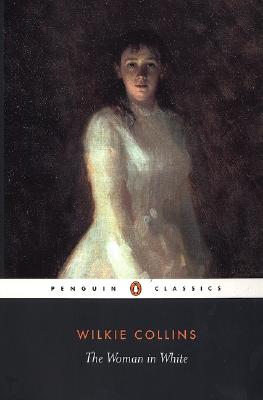 #3 The Woman in White

The Woman in White is a doorstopper of a Gothic masterpiece, widely considered to be the first psychological mystery. Whether or not that is the case, it is definitely an excellent example of Victorian writing, which can take an entire page to say what could have been said with a single sentence. The oppressive atmosphere and storyline involving insanity and identity theft make it an excellent choice for a Halloween read. The most frightening aspect of the story, for me at least, is the utter powerlessness of women during this era. 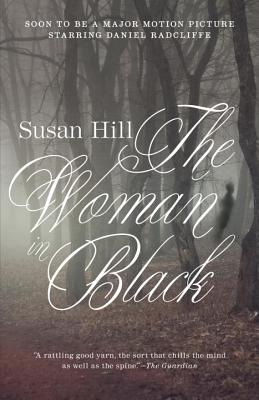 #4 The Woman in Black

The Woman in Black by Susan Hill is quite possibly the most terrifying book I’ve ever read. It’s a slim little book, but it packs a punch. (And isn’t that cover just gorgeous?) I made the mistake of starting it at night. When I was home alone with the kids. I had to finish it during the daylight hours, and I will never look at a rocking chair the same way again. You’ve been warned. 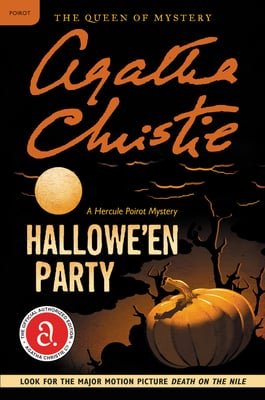 Hallowe’en Party is one of Agatha Christie’s later works, published in 1969, and has often been considered one of her less successful novels. However, it was one of the first of her novels I bought as a child, and I’ve always had a soft spot for it because of its Halloween setting. Be warned though, that some of the victims in this one are children (teenagers, actually, but still . . . ). 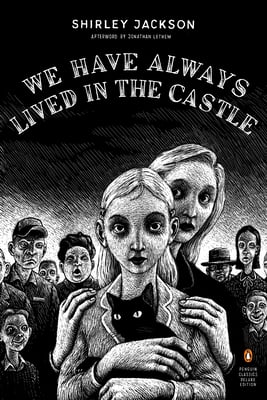 #6 We Have Always Lived in the Castle

Merricat, the central character of We Have Always Lived in the Castle, is one of my favorite unreliable narrators. Shirley Jackson was a genius when it comes to creating an atmosphere of creeping unease, letting us know that something is slightly off without revealing what that something is until the end of the tale. We grow accustomed to seeing the world through Merricat’s eyes, so that when the truth is revealed, we feel wrong-footed while at the same time thinking, “of course that’s what happened.” 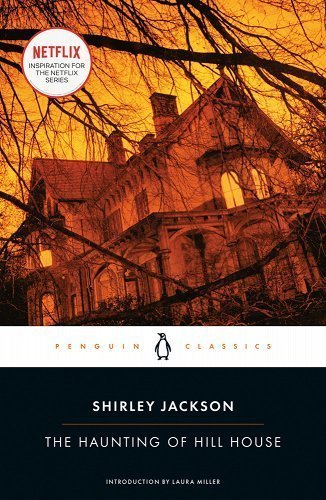 #7 The Haunting of Hill House

The Haunting of Hill House is right up there with The Woman in Black for scare factor, at least for me. The book bears little if any resemblance to the Netflix series. The book is much . . . quieter. Remember that sense of creeping dread? We feel it in Hill House, even though we aren’t really sure why, since nothing tangibly bad is happening. Nonetheless, this book contains one of the most frightening scenes I’ve ever read and is the reason I can never sleep with my hand hanging off the bed, for fear that I will feel another hand slip into it.

God! Whose hand was I holding?

Looking for something a little more modern? These scary tales were all written in the past few years and all but one feature a contemporary setting, reminding us that things that go bump in the night haven’t been banished in the internet age. 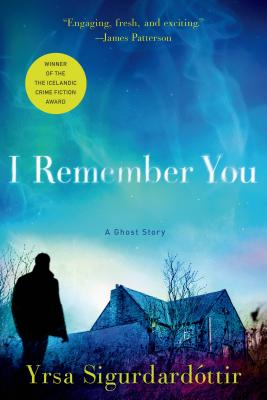 I Remember You was my first taste of Scandinavian author Yrsa Sigurdardóttir’s work and it did not disappoint. It was utterly terrifying, almost more horror than mystery, and I found myself completely immersed in the story. The bleak setting combines with the ghost story to create a growing sense of dread that culminates in the shocking ending. 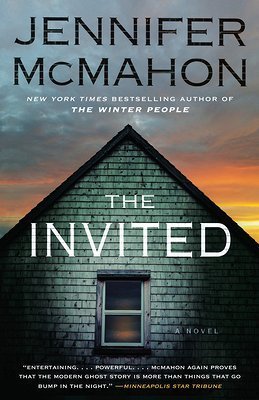 I just finished The Invited last week and I couldn’t put it down. I loved Jennifer McMahon’s earlier novel The Winter People, so I was looking forward to this one as well. It was so good. The story of an urban couple who buy a house in the country with a disturbing history, it is the perfect balance of creepy and mysterious, with a very satisfying ending.

Mary Rose is a retelling of a play by J.M. Barrie, a Gothic novel with threads of romance and the paranormal. Mary Rose is a woman who vanished as a child and mysteriously returned 30 days later. When her new husband finds out about the incident, he won’t rest until he finds out what really happened to her. Alfred Hitchcock badly wanted to make a movie from the original Barrie play, and I so wish he had. However, this super-creepy novel is very satisfying and will have to do. 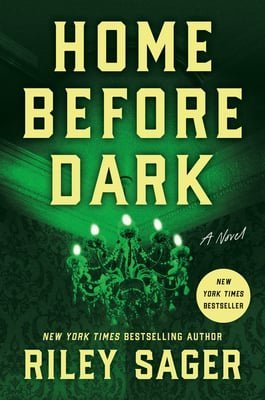 Riley Sager is a new favorite author of mine. I have loved all of his books, but I think Home Before Dark might be my favorite. I’m always a sucker for a good ghost story. The main character, Maggie, returns to her childhood home to face her demons–in this case, literally. The house was the scene of an Amityville-type haunting that earned her family fame, fortune, and the ire of the locals. Maggie doesn’t remember it and thinks her father made it all up, but she’s about to find out otherwise. 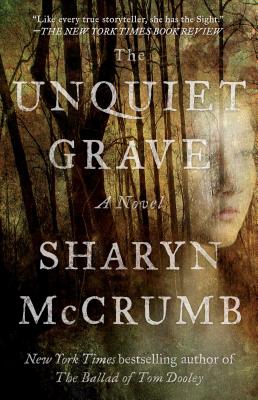 The Unquiet Grave is the latest in Sharyn McCrumb’s wonderful ballad series, in which she weaves elements from traditional murder ballads into the mystery narrative. The books in the series are incredibly well-researched and sprinkled with history and folklore. This one is based on the tale of the Greenbrier Ghost, a murder trial that featured a most unusual element–the testimony of a ghost. If you enjoy this one, check out some of the other ballad novels. My personal favorite is The Ballad of Frankie Silver. 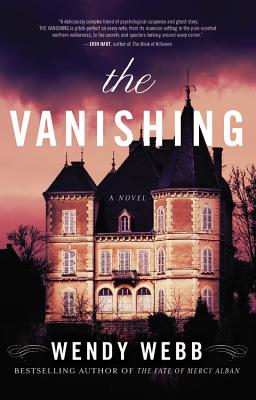 The Vanishing by Wendy Webb hits all the Gothic notes–a woman left alone in the world and in a desperate situation, a too-good-to-be-true offer, a new home that feels sinister, touches of the supernatural, and a cast of characters who all seem to be hiding something. This was the first novel by Wendy Webb that I read and it left me eager to read more of her work.

There you have it–13 spooky stories to keep you up late. What
are your favorite scary stories? Do you prefer blood & guts
scary or spooky, keep-you-looking-over-your-shoulder scary?
Let me know in the comments. 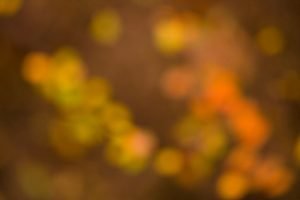 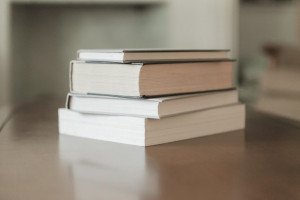 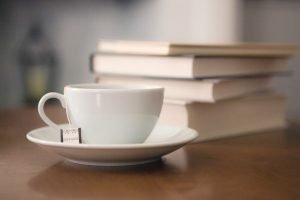 Outside, the dry flies are droning, the leaves are drooping, & the humidity has reached acute misery levels. Such is late summer in the South…. 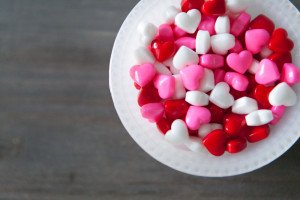 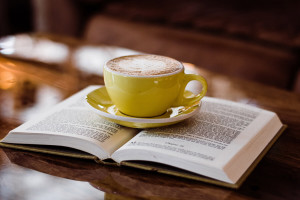 Quarantine got you feeling like you’re trapped in the movie Groundhog Day? Then today’s book is just what you need. Or maybe not . . . 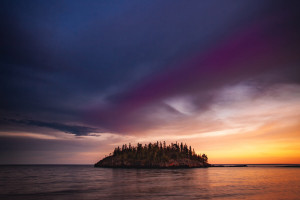